A while back I wrote a little guide for a day out in the city (you can re read it here … or not…I’m not your mom) so today I though I would create another mini guide for this weekend which is the end of the Matariki Festival Month. Hope you enjoy it.

Morning: Caffeine-fix
Auckland is mostly know for its cafes and coffee culture, everywhere you turn, you’ll see someone drinking a cup of coffee or a coffee shop, so what best way to start off the day than with some breakfast/brunch. One of the places I love in the city is Shaky Isles (customs street) I’m pretty sure its because of the funny “to-go” cups but mostly its because of how the whole place is decorated. If you want to try something else instead of a classic espresso coffee, right know they are offering syphon, cold drip and filter coffee options, and if you are not a coffee person, that also have teas, smoothies and fruit juices. Top it with something to eat and you are ready to go.

END_OF_DOCUMENT_TOKEN_TO_BE_REPLACED

Last weekend a friend of ours (our very own kiwi born) invited us to spend the weekend in Coromandel. He had booked a “holiday house” better know as a batch in Ferry Landing for a few days, so we went there with a few of our friends.
One thing I love about New Zealand, is that no matter where you are going within the country, there is no way you can be bored,there are always mountains, cliffs, lakes, every time you turn your head there is something to see. Back in Argentina, most routes (specially the one heading south of the country) are mostly plain, there is nothing but kilometres and kilometres of plain grass.

On Friday, by 3.30pm we where already on the road, given that winter has come by the time we got to the house is was super dark, we could hear the sea close to the house but we were not able to see anything, I was not sure what to expect but next day I woke up early in the morning to this view.

END_OF_DOCUMENT_TOKEN_TO_BE_REPLACED

It’s 6.30 am, Im crawling out of bed, I brush my teeth, put my hair up in a ponytail and wash my face. I wake up le boyfriend for him to do the same, trying not to jump to the bed containing my excitement. We are going on an adventure!

Let’s say Le boyfriend is a bit obsessed with Tolkien, he read the whole lord of the rings trilogy, the hobbit, we have the three “extended versions” of the film, and went to see The Hobbit (an unexpected journey) twice, I don’t feel so fondly of all the saga as him, but I get excited nonetheless. So naturally have been living in New Zealand for over a year, we had to go to Hobbiton. 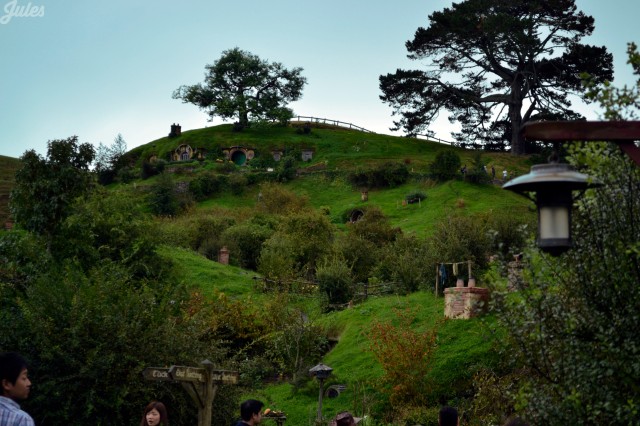 END_OF_DOCUMENT_TOKEN_TO_BE_REPLACED

Here it is, the third and final part of my little trip to the golden coast, and what better way to honor it that by making a specific post on Sydney’s beaches.

END_OF_DOCUMENT_TOKEN_TO_BE_REPLACED

Maybe it was the fact that it was cloudy that everything looked grey during daytime, maybe I’m just right or maybe there was something else, but if I can say something after my trip to Sydney is this: Sydney City was made for the night. I know some of you will try to come after me, talk about the beaches, and the sun and the “always summer” feeling you always get from looking at images of Oz, but Im just talking about the city centre. The lighted up bridge, the opera shinning and the city view, showing all the colours possible from neon lights. This is part 2 from the Sydney Diaries….this is Sydney by night.

END_OF_DOCUMENT_TOKEN_TO_BE_REPLACED

It’s 4am, we are driving (half as sleep) to the airport; luckily the day is not as cloudy as they said it was going to be and it didn’t rain as supposed to. After some minor issues while printing our tickets and some nasty McD coffee we laid back and waited for our seats to be called.

END_OF_DOCUMENT_TOKEN_TO_BE_REPLACED

I’m back! I apologize on the lack of post yesterday (I can blame it on the jet lag but it was pure laziness)

I little thing I kept for myself since I wasn’t sure if I was going to be able to post about it was that I traveled to Sydney! Went went just for four days to visit some friends that are about to be parents and it was the perfect excuse to fly to Australia for the first time. So over the next weeks I will be posting a couple of  blog post on the trip (kind of what I did with New Zealand’s Northland) and we will call it: The Kiwi Diaries goes Aussie.

END_OF_DOCUMENT_TOKEN_TO_BE_REPLACED

Hi everyone, today I thought I could set up a small quick guide for a day out in the city (Central Auckland) this is perfect for a Friday so if you happen to be in the city you can use this cheeky guide and get through most of the city in just one day. Most of the places I will talk about were featured earlier in this blog, so if you want more information just wander through the blog.

Morning: Breakfast of champions
What a great way to start off the day than with a yummy breakfast. Auckland is full with cafes and stores to get your cuppa, some of my favourites are: The Store, Assiette at Britomart, Cafe Melba at Vulcan Lane or Shaky Isles Coffee Co at Custom St.

END_OF_DOCUMENT_TOKEN_TO_BE_REPLACED

This will be the last post on our trip to the northland. Last time I finished my post when we arrived to Pahia, after a quick stop at the Haruru Falls. We arrived as early as we could and set up our minds to find a hotel quickly (we didn’t want to spend another night drinking our arses off to not go to our rooms.)

And let me tell you something, never…ever underestimate a former job, no matter how much you might have hatted it. The couple that traveled with us had worked for a few months in a hostel in Pahia when they first moved to New Zealand, their contract was what they called “Work for accommodation” (which mean that instead of paying them, or paying them fully, they could live in the hostel and not pay rent) they did not completely hatted it but they had some not so nice moments they told us about. Anyway…. we went there, we thought that it was a good idea since they already knew the place, it turns out that because the guy at front desk remember they had worked there, they gave us a former employee  discount and we stayed in a HUGE room. (big enough for 8 people)

After leaving our bags in the hostel room, we went out for lunch to a little cafe across the waterfront (the above photo was actually taken from the cafe’s deck where we were eating) We had some lovely fish and chips and some tasty prawn salad and we run off to the ferry terminal to cross to Russell for some ice cream and sightseeing. 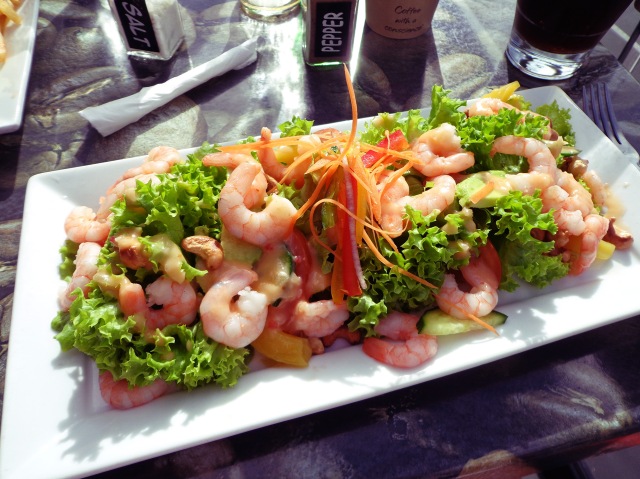 END_OF_DOCUMENT_TOKEN_TO_BE_REPLACED

It’s time to continue with our trip through the Northland. This time, the road from Opononi to Paihia.

Last post ended with us going through the Waipoua Forrest. After almost a two hour drive we reached it’s end and continued out trip to Opononi, I think the following picture will explain ten times better what an amazing view we got when we reach the entrance to the town. Opononi is a really small town, there is not much to do (in a tourist point of view) but it has the most amazing view ever.